I included the band Rhye in one of my columns last week but can’t seem to shake them or their first single, “Open”. Ever since Valentine’s Day – when I heard my morning news anchors talking about how a new study proves the validity of Broken Heart Syndrom as a medical condition – I’ve been having pains in my chest. The feeling isn’t constant, but it hasn’t disappeared.

The only time Ive been able to pin-point the exact moment of a broken-hearted reaction to something was right before bed a few days ago. I turned on a mix to listen to while trying to trick my brain into letting me fall asleep in less than three hours, but about three songs in, “Open” came on. 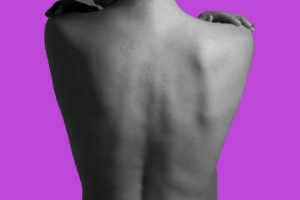 The opening strings, followed by the horns, followed by the dipping bass and rounded out with Sade-esque vocals – it was too much. It felt like I had locked my heart in a room for a week with only a  TV-VCR combo, twelve bottles of wine and the only movies to choose from were Boys on the Side, Legends of the Fall, My Girl and Beaches.

But I still can’t stop listening.

The video below is NSFW and so beautiful.

Send Me Your Music