Visual artist Adam Smith, who has been a major part of The Chemical Brother’s live concert experience for years, has created a way to bring the ridiculousness of a Chemical Brothers show to the masses with his film, “Don’t Think“.

This visually stunning documentary will have you thinking you’re tripping balls even if the closest you got to the hard stuff was ordering mushrooms as your pizza topping during last Sunday’s football game.

The footage included in this film was shot during Japan’s 2011 Fujirock Festival, to an audience of over 50,000 beat heads and fans.

The film opens this Wednesday, February 1st, in theaters across Chicagoland and the suburbs. 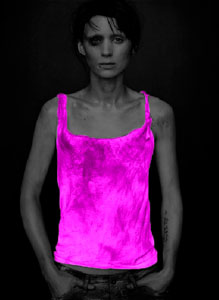 Does anyone else feel like it has taken forever for the American version of The Girl With The Dragon Tattoo to finally come out? The build-up is pretty much making me expect the worst – particularly because I’ve already seen the incredible (but graphic & disturbing) version from Denmark and if it’s anything similar, I fear that American audiences will find it too disturbing. Of course, if it’s too different, it will lose vital parts of the story. Also making me worry? A badass soundtrack. It seems as though ad execs and the Hollywood elite have caught on to the fact that a great soundtrack will bring audiences in to see terrible movies.

Trent Reznor and Atticus Ross have already proven their ability to take their craft from sold-out concert arenas to small dark film editing rooms and have an Oscar to prove it. Add Karen O to the mix and you have a team that is about as close to perfection as one can get.

Send Me Your Music