I was lucky enough to be one of the people in the audience for Rachael Yamagata’s sold out performance at the Bowery Ballroom last Saturday night and, as per usual, she didn’t let us down. The crowd on the other hand…The crowd was overrun with annoying couples showing their PDA off like they were waving flags in the love parade. Didn’t they know who they were there to hear? She is the queen of lost love, failed relationships and the perfect words to describe the shiv to the heart that is a breakup. Whoever was running the sound that night understood my dismay and right on cue, Beck’s “Lost Cause” started playing over the speakers like my personal anthem as I started drowning in a sea of loud lip smacking.

Her opener, Sanders Bohlke, was a perfect compliment to the somber tones of Happenstance and has the skinny white emo boy thing down. It’s a good thing he’s probably had a lot of practice being ignored sitting in the corner of a coffee shop because the crowd didn’t dull their conversation and I left that night knowing more about the woman behind me’s tango lessons than I did about the lyrics to the songs he sang (beautifully at that).

His sound would pair well with Fleet Foxes (more Robin Pecknold than Father John Misty) but his voice also has hints of soul & blues without the grit of Johnny Lang. By the end of his set, I think he made a good amount of new fans. That being said, the crowd was anxious for Rachael to take the stage. Somehow the woman behind me thought she’d be the only one singing along to Rachael’s songs. She obviously hadn’t been to a concert with a large lesbian fan base before. 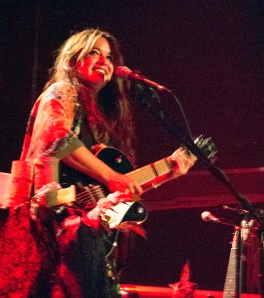 When Rachael took the stage, her voice was as incredible, smooth, clear and packed with emotion as ever. One of my favorite things about her as a performer, is her ability to engage the audience in the stories she tells between songs. The most memorable story from this show was about how she was listening to one of her songs for the first time while sitting in the sand on Venice Beach. The song was so beautiful and heartbreaking she started crying as she looked out into the water and saw a large mass floating towards her. At the crescendo of the song, the dead body of a baby whale washed up to her feet and she was like, “Are you kidding me? Did anybody else see what just happened?”. 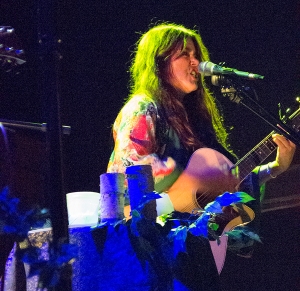 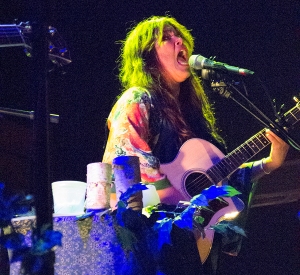 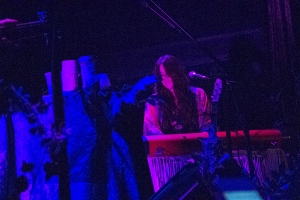 Long story short: When you have the chance to catch Rachael Yamagata live – don’t hesitate, even if you find yourself picking pieces of your bruised heart up off the floor on your way out of the concert venue.