“Where Did I Come From” (or at least I’m hoping I wasn’t the only one). It was a book for a liberal household whose parents didn’t necessarily want to explain the birds and the bees to their children but didn’t mind reading about a loving, naked, cherub cartoon couple.

The book taught me many things, much to the delight of my camp counselors whom I repeatedly told the story to as a five-year-old. What the book didn’t teach me though, is that beyond the shared physical characteristics of your parents you also sometimes get their mannerisms, their sensitivity and possibly even their unique interests.

Those of you who know me either from life or from the Internet most likely are very aware that pop culture runs through my veins. I can answer things from Jeopardy that I didn’t even realize I knew; I am more interested in Saved By The Bell trivia than I am in politics and when I hear the name Tiny Tim I think of the high-pitched ukulele player first and the Dickens character second. Why is this? Well, it’s because of where I came from.

One of my very early memories involves my mom and the short-lived competitive lip-synching show, Puttin’ On The Hits. It was the early 80’s and the hair was big, the competition was fierce and my mom was ready to compete. I have wished upon a star that video footage of her performance exists, but I haven’t found any. The great news is, there are a few pictures.

My mom did not go as Susana Hoffs or Teena Marie. You can bet your ass Marie Osmond wasn’t even being considered. And while close, Sheila E. didn’t do the job. Instead, she performed as his royal purpleness, Prince. So when I ask, “Where did I come from?”, the answer, quite simply, is here -this is where I come from: 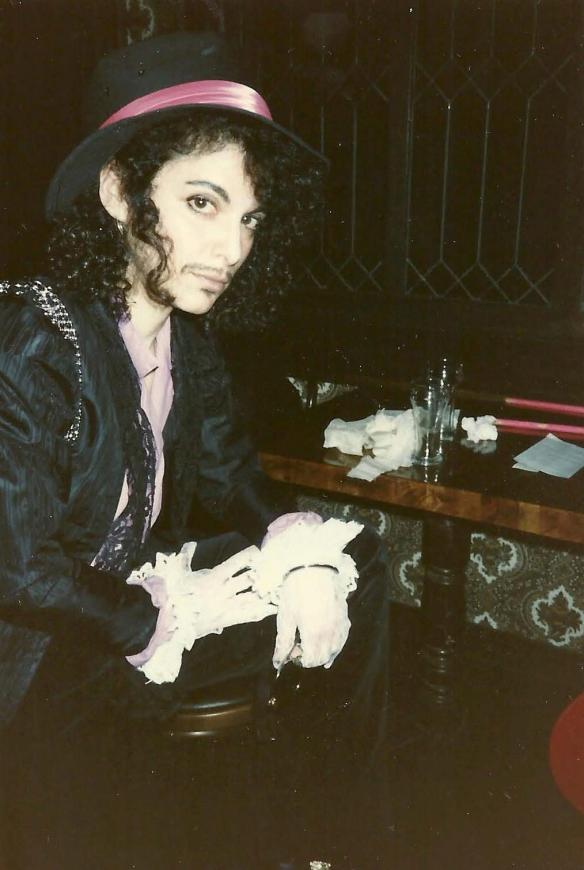